Lean Six Sigma (LSS) is a performance enhancing methodology synthesized from the marriage of two related approaches, Six Sigma and Lean Manufacturing, which were both developed by the hugely successful Toyota Corporation during the half century following the second world war.
Developed specifically for use in a manufacturing environment, both methods sought to cut costs, while at the same time improving on product quality. It would be no exaggeration to suggest that these methodologies have the status of being the, “philosopher’s stone,” of process enhancement procedure. This is because they are thought to be the innovations that catapulted Toyota to the status of world automotive superpower. In fact Toyota is currently the seventh largest company in the world.

Lean Six Sigma, the daughter of these two hugely successful methodologies, is now being made use of in a significant number of non-manufacturing contexts. One of these includes its deployment in the army. Lean Six Sigma has proved particularly attractive to the military, perhaps, in part, because of its emphasis on continual self improvement and cost cutting.

The fact that Lean Six Sigma methodology is top heavy with repeated measurement, statistical analysis and rigid post optimization process control might seem to marry well with the highly disciplined mindset of the military. In fact, the positive results that the methodology has produced in the military sectors in which it has been deployed have been nothing less than spectacular.

Here are a few examples:

Using Lean Six Sigma methodology, the Red River Army Depot in Texas reduced its annual outgoings by tens of millions of dollars, while at the same time increasing the number of jeeps they manufactured per week by a staggering seventy five-fold. The results speak for themselves and the military are now heavily into Lean Six Sigma as a means to best utilize their resources.

In another project in 2005, Lean Six Sigma was used by the U.S. Army Recruiting Command (USAREC) at Fort Knox in Kentucky to significantly cut recruitment times. Value stream analysis, was used, in this case, to map steps in the lengthy recruitment process. Following an analysis to determine which steps did not add value to the final outcome and which stages were considered, unnecessary, the number of actions potential recruits were required to complete was cut drastically to produce a much more streamlined and efficient service.

Lean Six Sigma has also been used to improve military hardware maintenance operations which are crucial to military competence. The Corpus Christi Army Depot has the critical task of overhauling Black Hawk and Apache engines. Lean Six Sigma has enabled them to significantly cut overhaul times while at the same time improving the quality of each overhaul such that the number of reworks necessary has fallen by approximately three quarters.
Equally impressive, the 96th Regional Readiness Command claims to have cut deployment times down to three days from an original of thirty days, using Lean Six Sigma tools.

Lean Six Sigma has been a huge success in the military. Its indisputable potential to transform and reinvigorate process and to generate excellence in both production and services is considered unprecedented. In 2006 the army took steps to engage Lean Six Sigma deployment army-wide. This is the largest science based training initiative ever deployed in the armed forces. It is also the most extensive Lean Six Sigma project ever launched with more than a million participants spread in numerous nations across the world.

Contact us at 6Sigma.us and find out how we can positively help you plan and change the culture and operations of your organization. We offer Green Belt and Black Belt training programs, as well as a Master Black Belt program. 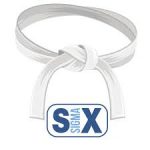 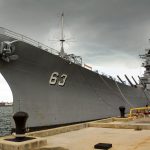 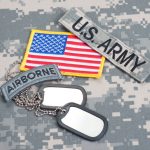