In the field of engineering, anticipating failure in projects is recognized as a showcase of an advanced process of making a product. Potential failures are to be identified before the development process initiates to successfully mitigate the risk. By doing risk management the production costs are reduced tremendously in further development. With the product being solid-proof, there is little to no chance of failure if a proper failure prevention methodology is applied.

Today, we are going to talk about one such methodology which is a part of the Six Sigma methodology — Fault Tree Analysis (FTA). As product and process technology becomes more complex, the visual FTA approach has proven to be invaluable as a stand-alone risk technique.

Fault Tree Analysis (FTA) is a technique for reliability and safety analysis. Bell Laboratories were the first to adopt this methodology. In 1962, H.Watson of Bell Labs along with A.Mearbs were designing safeguards for the intercontinental ballistic missile (ICBM) system for the US air force called the Minuteman system. For such a complex and dangerous technology, total safety was of major concern. To improve their reliability analysis, they created the fault analysis method.

A year later (1963), Dave Haasl of Boeing Company recognized the potential of Fault Tree Analysis as a significant system for safety evaluation

What is Fault Tree Analysis?

Fault tree analysis (FTA) is a top-down detective failure analysis technique where an undesired state of a system is analyzed using Boolean logic to combine a series of lower-level elements. The technique uses a graphic model of the pathways within a system that leads to a foreseeable, undesirable loss event. It is used as a method of the root cause analysis process.

Fault tree analysis is a simpler method than Failure Mode and Effects Analysis (FMEA) because it focuses on all possible system failures caused by an undesirable event.

A Fault Tree Diagram (FTD) are logic block diagrams that display the state of a system in the state of its components. It uses a graphic model of pathways within a system that leads to foreseeable and undesired loss events.

The pathways connect contributory events and conditions using standard logic symbols. The basic constructs in a Fault Tree Diagram (FTD) are gates and events where the events have an identical meaning as a block and the gates are the conditions. 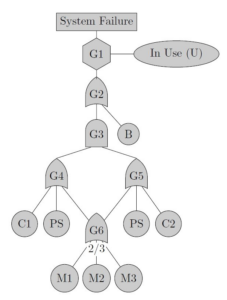 As discussed earlier, there are two types of FTD  notations — events & logic gates.

The primary failure event is denoted with a circle. An external event is depicted with a symbol that looks like a house. It’s an event that is normal and guaranteed to occur. Undeveloped events denote something that needs no further investigation. A conditioning event is a restriction on a logic gate in the diagram. These gate symbols describe the Boolean relationship between the outcomes. 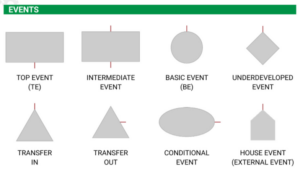 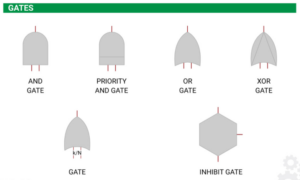 Identification of minimal cutsets is one of the most important qualitative analyses of a fault tree.

A team with a diverse set of thoughts, opinions, experience, and expertise opens up a new pathway to conducting FTA. Brainstorming sessions and meetings led by professionals along with out-of-the-box thinking from less technical knowledge members can ensure a successful FTA outcome.

For risk management, the first objective is to identify potential failure to draw Fault Trees and FTA diagrams. It is a critical step as it dissolves the intermediate events and basic events, reverse engineering them from the top. The entire FTA process looks from the perspective of the top event and tries to gauge how that particular event could have occurred. Identifying the root cause will lead towards basic events needed to draw fault trees.

Step 3: Understand the inner workings of the system

Once the understanding of the inner system is complete, the next step that follows is to graphically present a functional map of the system using boolean logic. Using the fault tree symbols, the team can draw the graphical representation of the risk analyses system.

After the fault trees have been created, the team can look to identify MCS, MPS, or CCF.

The components and subsystems identified after analysis should be padded. High priority should be given to protect MPS (as it will keep the system operational). Maintain schedules updates for CCFs as they can cause issues.

Using the logic of detailed failure analysis and techniques like 5 WHYs, FTA helps the team focus on the logical sequences that lead to failure.

The FTA process may lead to a single component that causes many subpaths to failure, thus improving the one element that minimizes the possibility of multiple failures

Managers like graphics, and for a complex system, what’s better than showcasing the pain points graphically?

Provides alternative ways to analyze the system FTA, Failure Mode Effects Analysis, RBD, and other failure analysis tools permit a way to explore system reliability. They provide a focus on failure modes one at a time. Sometimes a shift in the process illuminates new and important elements of the system.

FTA allows examination of many ways a fault may occur or the way it gets exposed on non-obvious pats.

In the analysis, FTA includes hardware, software, and human factors. Thus, eliminating any error that resulted in the first place.

Fault Tree Analysis is just another tool in the box for engineers. Complex systems have multiple possibilities of fault occurrence. FTA provides a great way to organize and manage the exploration of the cause. The value comes from the insights created that lead to changes, thus, avoiding and minimizing faults. 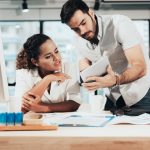 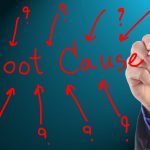 How Root Cause Analysis can help a business grow? 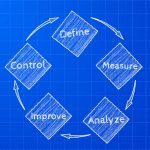 The Analyze Phase of DMAIC 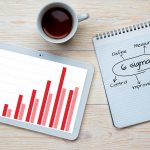 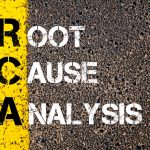 Six Sigma Gets To The Root Of The Problem With RCA