If there’s one thing Six Sigma methodologies need more than anything, it’s data. Data drives the decisions we make, how we interpret our operations, and what areas within an organization need improvement. However, not all data is created equally. More importantly, deciphering between data sets and points can be extremely cumbersome. To combat this, there are multiple tools you can use to properly analyze data. One of these helpful tools is Analysis of Variance, ANOVA. In this article, we will introduce ANOVA, what it is, how to use it, and its relationship to Six Sigma.

What is Analysis of Variance (ANOVA)?

By definition, analysis of variance is a collection of models that statistically analyze the differences between different groups of data. Likewise, ANOVA analyzes these sets’ procedures and how they operate. In more simplistic terms, this tool helps find and visualize differences in a data set.  However, not all differences are necessarily bad. Sometimes, differences result from new processes being put into place. While, on the other hand, differences can mean an error within a system.

How to Use ANOVA

When using an ANOVA model, there are three primary concepts you must understand thoroughly. First, you must understand ‘Mean’. This is the average of a specific set of values. Next is ‘Standard deviation’. This term calculates the amount of variation within a data set. You may recognize this term from Six Sigma since Sigma is a statistical notation representing deviation. Last, you must understand p-value. This term indicates how likely certain items will be the same in comparison. For most calculations, a p-value less than 0.5 shows a strong probability two items are not the same.

Now that you know which values you must use, it’s time to organize your data sets into a table or chart. Because graphing your data results is extremely time-consuming and error-prone, we recommend using any number of statistical software. These programs will graphically visualize your data, typically into boxes known as a boxplot. Because each software is different, your graphs will vary. However, boxplots are the most common and easy to use form for ANOVA. After generating your boxplot, you will see exactly how similar or different your data sets are. These differences are based on the means, standard deviations, and p-values that your program automatically calculates.

Six Sigma is a business process improvement methodology. As a result, it’s your role as a Six Sigma professional to find innovate ways of improving existing systems. When Root Cause Analysis, DMAIC, or DFSS cannot accurately depict where errors are originating, we recommend using ANOVA. This tool visualizes where differences are, which correlate to errors in production or manufacturing. Although ANOVA charts require large amounts of raw data, your efforts will be greatly rewarded with this new insight.

Like most Six Sigma tools, ANOVA requires precision and accuracy. When you or other Six Sigma colleagues are collecting data, remember to keep it organized and clear. Additionally, communicate with others in your team to ensure you are collecting the right data the first time. 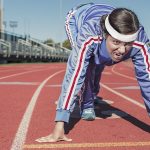 Training & Life: When to Start Your Course 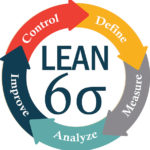 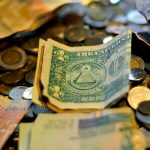 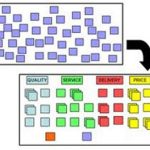