When I was studying Organization Behavior my Professor emphatically proposed that one of the growing concerns in organizations is to deal with the tides of globalization at work. He also remarked that the situation is getting complex as organizations have less knowledge about foreign cultures and are shy about learning more.

There is a constant buzz in the corporate environment which discusses the mantra of globalization. Organizations are constantly looking out for offshore clients, cross-border mergers and multi-national presence. This means that the difference between ‘us’ (our organization located in x city/state/country) and ‘they’ (another organization, located in y city/state/country) is changing significantly. People are now working with co-workers who know nothing about their backgrounds and vice versa. It is always a comfortable feeling to work with one of ‘us’ but that is not always possible. As a result, the complexion of work forces has changed a lot in the past 20 years.

The average manager has the following issues to ponder on:

1. How to deal with a multi-cultural work force and achieve the highest level of performance? How to aim at unity in diversity?
2. Is it important to have a cross-cultural orientation in order to perform well at work?
3. How to address the differences in people of different cultures, ethnicities, races and backgrounds?

Star Trek and Lost:
In a way, such organizations are like the Borg in Star Trek who always assimilates any alien vessels and species! Such organizations can also be compared to the setting in the popular TV series named “Lost, where there is constant mention of ‘our group’ and ‘the others’! “Lost” is the story of passengers marooned on an island after their aircraft crashed on a Pacific island. Among other revelations, they discover that there is another group of island residents known as “The Others”. The story unfolds by telling the viewer that all the survivors have different backgrounds and experiences in life. For them the key to survival is to work together in order to fend for themselves and get help. A workplace is similar to the island portrayed in “Lost”. People tend to form groups and refer to people of different groups as “the others”. Organizations with strict ‘melting pot approach’ try to curb such practices. They assume that people are similar and that they should ultimately work for a common goal.

The value of diversity:

The other approach is to see the diversity of employees as an asset. Many organizations acknowledge that people have diverse backgrounds, education and skill sets. The work culture in such organization recognizes the difference as a positive attribute. People are bound to be different. What they bring to the organization is their unique capability to add value to the goals of the organization. According to this approach, there is no need for an organization to force a culture on the employees. Instead, it is better to treat them as individuals and create a healthy work environment. This approach is similar to Mahatma Gandhi’s dictum “Unity in diversity” which suggests that people can unite despite differences to achieve a common goal.

Learning how to deal with multi-cultural work environments:

One of the most complex issues that Human Resource personnel have to deal with is the issue of workforce diversity.

Following are brief examples of workplace diversity and some guidance on how to deal with the situations:

Avoid Stereotyping: People tend to use media’s portrayal of cultural and racial stereotypes to color their own beliefs. Such stereotyping should be avoided.

Recognizing differences: So long as the work is being done does it matter what is the background of a person? It is better to acknowledge differences and work in a harmonious manner rather than have everyone behave in a similar manner (which is impossible).

Organize social events: Organize events where people can interact and have fun with each other. Company sponsored lunches, social meetings, table tennis matches, picnics, volleyball leagues are good instances where people get to interact with each other freely. Working on company sponsored community service projects and day trips are also opportunities when people get to understand each other and overcome their differences. After all, everyone likes hip-hop, Chinese food, and wine tasting!

In a way, my professor was right that workforce diversity is a delicate issue but organizations that can strive the right balance create an environment in which all members can contribute to their maximum potential and ‘value their diversity’. 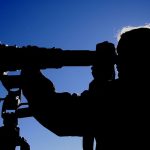 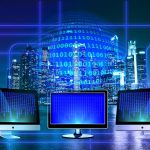 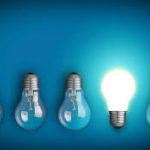 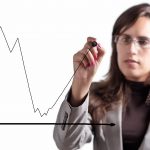 What is Multiple Regression?