Six Sigma began as a way to improve business processes at two large global enterprises. Both General Electric and Motorola founds ways of developing the methodology and using it to improve their corporate structures. To much success, both companies, and hundreds more, now use Six Sigma for every project, process, and task. Although Six Sigma has become relevant in multiple industries, there are still projects that could benefit from the organization and structure of the business methodology. Around the globe, multiple infrastructure and logistical projects are facing issues that can easily be solved with Six Sigma. In today’s article, we will analyze five unique projects across the world and how they could potential benefit from Six Sigma.

Abu Dhabi, the capital the United Arab Emirates and home to nearly 2.7 million people is undergoing a massive airport expansion. To better serve its citizens, and to a degree compete with its sister airport in Dubai, Abu Dhabi is constructing a new Midfield Terminal. Once completed, the new terminal will bring the airport’s capacity to 30 million passengers annually. However, numerous setbacks and delays have pushed the finish date from 2017 to fall 2019. The first area Six Sigma could improve this construction project would be to hire competent project managers. As certified Six Sigma professionals, these employees understand the need to follow strict guidelines and complete tasks in specific timeframes. Although other Six Sigma tools can help improve this project’s completion, adequate management is the priority.

Founder of TESLA, Elon Musk, is working on his latest project, Hyperloop. This project focuses on creating an innovative mode of transportation for both people and freight inside pods that move through a reduced-pressure tube. Hypothetically, these pods would exceed the speed of modern airlines and offer convenient service to large metropolitans. Being energy efficient, quiet, and exhilaratingly fast, what’s not to love? Unfortunately, the Hyperloop project faces strong criticism regarding emergency evacuations, passenger discomfort, and the likelihood of an accident. To combat these present issues, the project would benefit from the Six Sigma tool DMAIC. This acronym stands for Define, Measure, Analyze, Improve, and Control. For each critique, Hyperloop could use this tool to disprove any uncertainties investors, engineers, or passengers may have in this innovative transportation system.

Since the 1950’s, China has faced a water shortage problem. While the southern part of the country is abundant in water via the Yangtze River, the north is drastically more arid and lacks adequate irrigation. Currently, a multi-decade long mega project is being carried out in the People’s Republic of China. This project is known as the South-North Water Transfer Project. It aims to bring water from the Yangtze River to the northern territories through a series of three canal systems. Although bringing water to cities in need, this project faces a strong backlash from opponents.

Of the arguments against the project, the most prominent are fears of water wastage through evaporation, depleting the Yangtze River too much, and raising the price of water exponentially. In order to troubleshoot these issues at hand, the project would benefit greatly from the Six Sigma tool of Simulation Modeling. This tool would help not only visualize the risks this project faces, but also their severity and impact on the surrounding environment.

London is home to one of the world’s largest and oldest underground metro systems in the world. Since the first tunnel dug in the late 1800’s, London’s underground has expanded and flourished in all directions. However, with the need for longer tunnels, more trains, and larger stations, the City of London has sought a massive expansion project. Known as the London Crossrail Project, the city plans to add 10 new lines, connecting to pre-existing stations and lines. While parts of the project will open in 2017, competition is not expected for a further three years.

One area where Six Sigma would benefit the London Crossrail Project is by implementing root cause analysis. As a tool used to locating and resolving the problems of critical errors, this can help prevent further delays. Additionally, this tool can help problem solve issues such as connecting to older metro lines with, passenger transfer times, and overall improvement of service.

Hyderabad, India’s 7th largest city at nearly 7 million citizen, is undergoing construction of a brand new metro rail system. As the first of its kind, the Hyderabad Metro Rail project will bring communication-based train control to India and alleviate the growing transportation needs in the south. Upon completion, there will be a total of three metro lines with 64 stations. However, the exact completion date is still unknown due to a series of delays. First, the initial start day was delayed by over a year. This delay led to an increase in the project’s budget by over $280 million. Additionally, a lack of government and private funding has created a risk for project underfunding.

There are multiple areas the Six Sigma methodology would benefit this project. However, the most useful would be value stream mapping. This Six Sigma tool allows investors, managers, and engineers to see exactly where funding is going within the project. Likewise, the cost of particular variables and aspects of the metro rail would become visible. This in return could lead to cost-cutting measures and improvements in overall efficiency.

Six Sigma has become a world class standard for projects across the world in hundreds of industries. From healthcare to infrastructure, Six Sigma’s process improvement methodology can improve the efficiency of any number of projects. 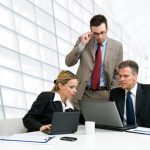 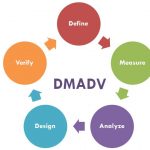 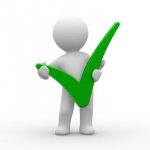