We cannot undermine the contribution of statistics in successful Six Sigma projects. In this article, we will discuss one of the most commonly used statistical tests in the Six Sigma – Two Sample T-Hypothesis Test.

You must think about the real-world application and use-case of this test? Well, Two-sample T-tests help you answer questions like whether the success rate is higher after implementing a new sales tool. Are the results of patients better who received a drug than those who received a placebo? You can apply these tests to your Six Sigma project in any domain or field!

We use this test to measure if two group samples are statistically independent of each other. This test enables us to establish if the two population means are equal or not.

There are two types of Two Sample T-Hypothesis tests:

Before we go ahead with Two sample T-Hypothesis Test

Now, the question is how do you determine if the population variance of the sample is equal or not?

To get this answer, we use an F-test.

When the populations are normally distributed, we use different tests to compare the means of the two independent groups. This will tell us if we can go ahead with our two-sample t-test or not. We do this by:

So, Welch’s test is the best to use when the two samples do not have equal variance.

Now the question you might ask is what if the variance of the two sample groups are not the same. How do we determine whether they are equal or not?

How to determine if the two samples have equal variance?

After calculating the above, we get a p-value. We will compare the p-value corresponding to the test statistic, and if the test statistic is less than the significance level (here 0.05). Then, with sufficient evidence, we can conclude that both the samples do not have equal variance.

To perform an F-test on these two samples, we will calculate the test statistic – F. We do this by:

The same is followed for calculating DF2

Since the computed p-value is not less than 1.527, we fail to reject the null hypothesis. In other words, we can assume the sample variances are equal.

Thus, we will go forth with Student’s T-test to determine if the two groups have the same mean.

Now, we know how to test for the equal variance of two populations. We can go ahead with our core test, i.e., Two-sample T-Hypothesis Tests.

Let’s first get to know the hypothesis that we will be testing for:

Assumptions of a Two-sample T-test

In this test, we compare two sample means to check if they come from the same population (which means there’s no difference between the two population means). Now, the question before us is whether the two populations are the same, i.e, μ1 = μ2 or not.

Also, since we don’t know the population standard deviation of the two populations, the SE means must be estimated.

Note: The above formula is applicable for a sample size of less than 30.

Sp is a pooled estimate of the common population standard deviation. Thus, we can safely assume that the variances of the samples are equal for both populations. This is where the Student’s and Welch’s tests come into the picture. But, we can also use statistical software(s).

The software would help us calculate even if the variances are unequal. Although, the actual calculations are complex and much beyond the scope of this article. This is where Minitab comes in and aids you with every calculation you need for your Six Sigma project.

Let’s take an example to calculate the two-sample t-test:

In the two-sample t-test, the t-statistics are retrieved by the subtraction of the difference between the two sample means from the null hypothesis, i.e., μ1 – μ2 = 0.

Looking up the t-table, we can find the value of t-critical. We can do the same via using excel or any other software that you use. The value of t-critical from the table shared is 2.06. If the t-calculated (standardized difference between the two samples) is larger than 2.06 or smaller than -2.06, we can conclude that there is a significant difference between the two population means.

But, 1.4206 is less than 2.06; thus, it is true. So, we cannot reject the null hypothesis, which means that H0 holds. And we can say that the two-sample population means are approximately equal.

In this article, we learned about the two-sample t-hypothesis test, and how it is applied in the Six Sigma process. Using this statistical test we can understand the difference between two products. Like, we can understand if the new product is better than the previous one, or if it just looks better.

As we know the use cases of Six Sigma do not pertain to a single industry or domain. Thus, you can apply it right at your workplace without any changes in the theory or applications. 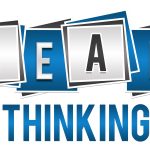 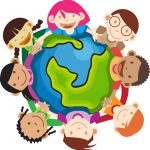 Learning how to deal with Multi-Cultural Work Environments 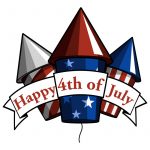 Celebrating and Honoring the Fourth of July 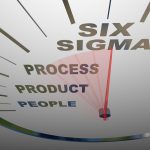 Six Sigma Black Belt: Do You Have What It Takes?