There’s more to Mark Cuban than just owning the Mavericks. Mark Cuban is many things. Businessman, TV personality, author, investor, philanthropist, to name a few. Most people know him from the popular ABC show Shark Tank in which he is one of the ‘shark’ investors. Fact, Cuban has invested close to $20 million throughout his tenure on the show. His film distributing company Magnolia Pictures has also financed over a hundred films since he came on board. Cuban has a history of investing in startups, many of which have gone on to become successful businesses thanks to his capital investment. But surely juggling all these responsibilities and interests must be hard work? With so many businesses under his wing, how does he – or anyone – keep on top of everything? Today, you can learn how Mark Cuban uses Six Sigma to manage his entertainment businesses effectively and efficiently.

Aspiring entrepreneurs the world over know Mark Cuban to be a major success. They all want to achieve what he has, and Cuban has helped many more along the way. What does he look for in investment opportunities? He searches for entrepreneurs with creative thinking and innovative ideas with which to disrupt their industry. He wants people who can make a splash. Six Sigma ideas are important here as tools like DMAIC and Design of Experiments encourage creative thinking when devising solutions to process issues. Before lending his capital and expertise to a fledgling business, Mark Cuban needs to know they have potential. Using Six Sigma thinking, you can recognize the potential for variation, waste, inefficiency, poor productivity, but most importantly, success. All it takes then is to execute your ideas efficiently and effectively.

The key to managing any business effectively is learning to sell. Whether it’s to your prospects, your employees, or your investors. This is an essential skill with which Six Sigma can lend a helping hand. What is it Six Sigma does best? It solves problems. To be the best retailer or manufacturer for a product, you must look at things from a customer’s point of view. Put yourself in their shoes. What do they believe is valuable? What do they want to pay for? Rather than selling them your product, offer a solution to their problems. Using Six Sigma projects, you can target inefficiencies and eliminate them, all to improve profits. Look at Mark Cuban and 2929 Entertainment. They acquired Landmark Theatres in 2003 and turned it into a successful nationwide theater chain. Cuban saw an opportunity for improvement and built on that potential.

But for Cuban, the greatest companies don’t always have the luxury of investors from the beginning. Vision is just as important as capital when it comes to success, and Cuban cites Microsoft Apple, and Dell as significant examples. As a venture capitalist, this may go against what he does, but Cuban is different from investors. Just as in Six Sigma, the ultimate goal is also for Kaizen, or continuous improvement, as opposed to just profit alone. Cuban has met with great success from his many entertainment businesses. But he isn’t in it just for the money. He wants to transform worthy businesses, allowing them to stand on their own. That’s what Six Sigma is all about. 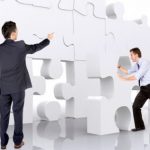 What is Organizational Effectiveness? 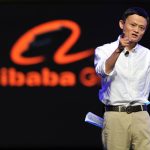 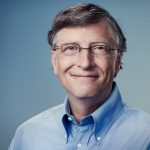 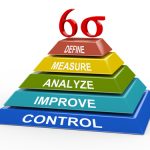 How to Calculate Your Baseline Sigma 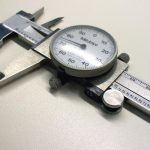