Traditionally, a lot of emphasis was placed on designing a product. Those who planned ahead of time were given a pat on the back. Then, most of the effort was positioned towards manufacturing the product. Lastly, the product was checked for any defects or areas where quality was compromised. This cycle continued for ages, until researchers came up with better ideas of Quality Management. The prophets of Quality Management advocated that there was no sense in testing for quality assurance of a product at the end of the production cycle. They believed that if the promise to maintain quality was imbibed within the planning stage and the production stage, the results would be a lot better. This school of thought has gifted the concepts of ‘Ishikawa Analysis’, ‘Kano Analysis’, ‘Total Quality management’, ‘Zero Defects’ and ‘FMEA Analysis’ to name a few.

Failure Mode and Effect Analysis (FMEA), formerly known as Failure Modes and Effects Criticality Analysis (FMECA) is a methodology which suggests the meaning of the popular saying “look before you leap!” The FMEA methodology, which has a lot of application in the manufacturing sector, encourages product engineers and project managers to calculate potential functionality problems that a product may exhibit in the ‘product/process development stage’ and the associated effects of such problems. This avoids issues at later stages. We must understand that a lot of energy, time and money are associated with new product developments and improvement projects. Early involvement with the ‘cause and effect’ of all possibilities helps early recovery. It is always better that the warning bell rings early than in the later stages!!

The FMEA explores the following questions:

While the first four issues focus on solving the ‘problem’ part, the last issue focuses on how ‘not to have a problem’. This proactive approach to product engineering is the crux of Failure Mode and Effect Analysis.

How to detect early signals?

There is a lot of literature available on the process of Failure Mode and Effect Analysis:
• Reliability of products processes and services cannot be compromised and this is the first step in the FMEA model: to assess the reliability. It is important to identify failure (non performance) modes and its effects. The more pessimistic approach in this stage, the better it is for the design of the product. Let us consider the example of a blender. Reliability of a blender gives rise to the question of failure modes: the blender stops working, it gets short-circuited, gives out a bad odor, the functions do not work, a spare part needs replacement, or it can hurt the user! (these are just a few scenarios)
• After identification of failures is complete, it is important to point out the causes. Is it an engineering problem or a design problem? Is the problem due to poor materials and spare parts used or poor process application? Who is to be blamed and what is to be blamed for failure?
• The entire process described above must be associated with severity of the problem (very severe or not that severe!), the likelihood of occurrence of failure and stage when failure can be detected (early detection or late detection).

The above is a very brief description of how FMEA works and gives a conceptual overview. The model involves use of Work Sheets, flow diagrams and algorithms to facilitate the process of predicting failures, identifying causes of failure, reducing the severity of effects and early detection of the failure itself. All in all, FMEA is a logical culmination to the thought process of being careful and proactive in the product designing stage and in knowing what to expect!

To learn more about Six Sigma or Lean practices, to go www.6Sigma.us. Let us show you the unlimited possibilities of success afford to you with the right partner. 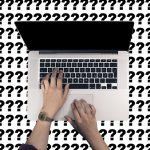 5 Questions to Ask Your Practitioner 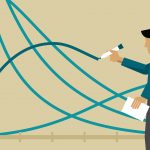 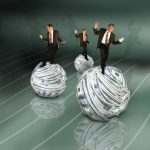 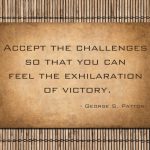 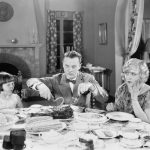