When it comes to getting rid of waste in a process, the Lean methodology is one of the top go-to methods for achieving this. Its tools are usually utilized in live production environments to improve the efficiency of business processes. And when one is taking a course in Lean, they will be taught how to implement these tools for the benefit of their organization and its customers.

Here are four Lean tools that everyone needs to know:

There are usually a number of ways that processes can be improved, and that is what Kaizen focuses on. It is a Japanese term that was coined after World War II and means “continuous improvement” or “change for the better.” The “kai” stands for “change” while the “zen” stands for “good.” So basically, the philosophy behind Kaizen is that change is good.

The mindset behind 5S, which stands for Sort, Set, Shine, Standardize and Sustain, is making sure that everything is organized. The wastes that 5S is most concerned with are those that waste time and cause unnecessary motion. It aims to get rid of them at the micro-level by focusing on the optimal placement of essential raw materials, tools and equipment. This keeps the workplace organized and efficient.

Just In Time (JIT) is an approach to production that aims to minimize Inventory waste, along with its associated costs, in order to increase an organization’s bottom line. JIT heavily relies on Kanban, which is a manufacturing scheduling system that “signals” to the production team when the next unit should be created. In fact, it is a mindset as much as it is a tool that allows people to think along the lines of creating the right parts, in the right quantities, at the right time and the right quality.

What if mistakes could be prevented entirely instead of being fixed only when they occur? That is the basis of Poka-Yoke. To make sure that mistakes are prevented, Poka-Yoke sets in place a number of clever mechanisms for that purpose. A good example would be an automatic car. Its automatic transmission doesn’t allow the driver to switch on the car if it is in drive or reverse. A manual car would allow the driver to switch it on while in gear, but if they aren’t stepping on the clutch, the car will move – this has led to a number of accidents.

Poka-Yoke is a Japanese term that translates to “mistake-proofing” in English. It used to be called Baka-Yoke, which translated to “fool-proofing”. But since Japanese culture is rooted in politeness, Poka-Yoke was preferred. It is used in a variety of industries instead of just manufacturing, from hospitality to customer service to technology and health.

Lean has a number of tools that you can use to help your organization improve its processes. When learning about Lean, you will most likely come across the four mentioned above. They are essential to know for anyone who is remotely interested in Lean. 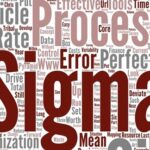 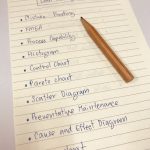 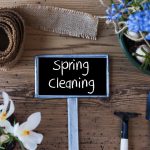 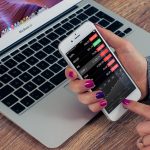 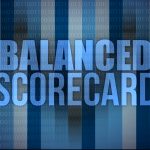