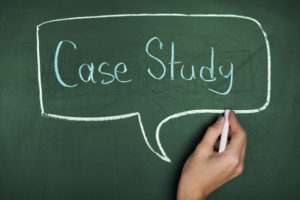 The Texas Department of Licensing and Regulation (TDLR) is a growing state agency with increasing volumes of records to manage. Previously, most of TDLR’s records were housed at one of the State’s primary storage and archive facilities. In 2012, when accounts receivable verified that the cost to store the agency’s records and documents had soared to intolerable levels, the staff was tasked to search for alternative solutions.

Alaric Robertson, currently the Knowledge Officer at TDLR (but a management analyst when the problem was identified), worked with his process improvement teammates to confront the challenge facing the agency. At that time, Alaric had just begun training with 6sigma.us to earn his Six Sigma Black Belt certification. Early in his training, Alaric identified the “high storage cost for keeping records” as a prime Six Sigma project to conduct. The journey towards a solution began in 2012.

“We never had an official records management program, and this project was the catalyst for us creating one.” — Alaric Robertson

The challenge of reducing the volume of records kept and lowering the cost would be formidable. It was compounded by the transfer to TDLR of numerous programs from other state agencies by the Texas Legislature, actions that multiplied the records TDLR was obligated to maintain. Inheriting these records meant sorting and organizing them to identify which ones needed to be destroyed.

“We discovered that many of the agencies failed to purge records that had been eligible for destruction for years.” — Alaric Robertson

As the project evolved, it became apparent that the records management process needed to be made more efficient. One of Alaric’s process improvement teammates was a certified Six Sigma Master Black Belt who often referenced the Six Sigma methodology and its success rate. Since tax dollars were at stake, the impetus was set in motion to make it right. After getting agency approval to take the Six Sigma certification training, Alaric launched the project.

Research on storage options began. In 2006, the average cost for storage space had been $6900/yr, an expense that did not include imaging. By 2012 the same amount of space was $35K, with incremental increases in the number of records to be stored, as well as costs having accelerated.

The acceleration of costs was due in part to delivery fees, assessed at a rate of $21 each time a specific record or document was retrieved and delivered. Out of thousands of boxes stored, records were being pulled weekly for review. TDLR also had boxes of records stored at other locations like public storage units, facility basements, premium office suites, and big wooden file cabinets on the floor throughout their facilities.

The expense to store records exceeded $41,960 each year, a total that did not include pickup and delivery, as well as other fees to the state’s primary storage and archive facilities, public storage units and other premium office space. The number of boxes of records and documents to be stored totaled 6153, with each box having an estimated value of $90.

Here were some of the options explored:

Maintaining records at the state’s primary storage and archive facilities meant the way space was utilized had to change, and something had to be done about records eligible for destruction.

Originally, the name of this project was called the Records Retention Process, but it changed to the Records Management Project. Steps taken to make the needed changes included:

It was then established what could be controlled:

Various steps were then taken to ensure accuracy:

Championed by TDLR’s current executive director, Brian Francis (who was at that time deputy executive director), the project had a team of approximately 18 people from all different departments including financial services, legal, and IT, as well as the process improvement team, which has now evolved into the Office of Innovation and Program Management. This team was responsible for a number of improvements:

The Texas Department of Licensing and Regulation exceeded its goals, using Six Sigma, to cut costs for storing records and documents.

Before the project started, estimated original goals were:

Even with Alaric no longer in the role of RMO, the records management program is still yielding a cost savings, reducing its carbon footprint, and making the whole managing of records process much more efficient. Through Sheila’s efforts, process automation has begun, many of the physical records that need to be kept are being made electronic, and many of the electronic records that are eligible for destruction or are unnecessary are being deleted. These steps reduce the amount of records that need to be physically stored, thus reducing the size of the rooms needed and lowering the costs to maintain them. They also formed the basis for a policy that defines how documents are to be archived and eliminated.