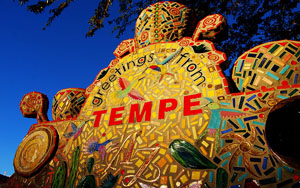 There is often this notion that when it comes to six sigma it must necessarily have to be restricted / limited to certain levels of personnel only in most cases, high level personnel. Well, that is really not the case at all. Instead, personnel from pretty much all organizational levels can in some way or the other make the most of six sigma training. That has also proven to be one of the major drivers for immense growth in patronage / preference for six sigma methodology in recent times.

This aspect becomes a lot easier to appreciate when we look at the fact that benefits of six sigma accrue to folks from all levels. Now, when that is the case, there is really no real reason to keep six sigma training away from deserving personnel. That is the reason today we find so many organizations out there that are actively looking to have all their personnel trained in six sigma principles.

The benefits ultimately accrue to themselves

It would have been quite a different scenario if in spite of personnel at all levels being trained in six sigma principles, the benefits ultimately went only to the concerned personnel. Of course that is not the case at all by any stretch of imagination. Instead what we see is that the organization itself benefits in so many ways by having personnel cutting across levels trained in six sigma principles, all thanks to six sigma training.

To give you a real life example, one of our Tempe based clients in the manufacturing sector actively sought six sigma training for its top level personnel. At the same time, it noted that it might be a good idea to also get other personnel even at lower levels trained in six sigma principles. Accordingly, we even had shop floor managers, assistants and workers signing up for six sigma training. The end result was that all round efficiency and effectiveness improved incrementally, as opposed to the scenario in the past where only the higher ranks really received quality 6sigma training from us.

With regard to the above discussion, it would be pertinent to remember that ‘actual work’ per se is done by the workers mentioned above; top management focuses on managing the business and ensuring that things work out smoothly as intended, i.e. the strategizing part. Don’t get us wrong we are not downgrading this part of the activities of any organization; it would not be wrong to say that it is perhaps the most important part.

At the same time, when you have aspects such as quality control at the very heart of six sigma principles / 6sigma training, it becomes very important that adequate attention is given to personnel across various levels getting an opportunity to receive suitable exposure to six sigma and its nuances.