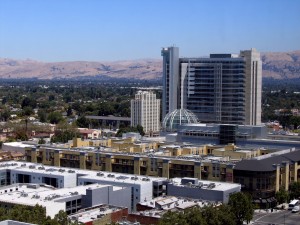 Getting Six Sigma training in San Jose make more and more sense, not because we say so, but because leading companies, agencies and non-profits say so. The Six Sigma system isn’t new, but that’s the biggest reason why it’s so popular. It has been around for 23 years; it’s tried and true.

In short, companies use the Six Sigma system because it works, and they want employees who understand Six Sigma as it relates to their own skills and career fields so they can be of greater value when they come to work. What makes Six Sigma work so well is that it is a universal concept that can be applied to any industry.

The idea came from old-line manufacturing and quality control. As profit margins shrank, there was more and more of a need for defect-free production. But the concept soon spread to other industries. After all, successful customer service also depends on a business model that works, and one which can be analyzed so that managers can understand why it works.

Six Sigma is a system of mathematical tools that allows a bias-free analysis of any business process. These are just a few of the companies who prefer prospective employees to have in and around who use the Six Sigma training San Jose:

These are all very different businesses who share something in common besides the Six Sigma system-they are all currently hiring. In the job adds they have posted online, all have said the preferred candidate will have Six Sigma training. Getting Six Sigma training in San Jose is one of the wisest moves you can make to better your chances of getting hired by any area business, no matter what your profession or industry.

There are a number of different options when it comes to finding a good Six Sigma training program in San Jose. It is always best to choose one that is well recognized by educators and companies that use Six Sigma. Many times, companies will even list their names as hosts of local training programs.

Today’s study programs aren’t confined to the classroom or the traditional school schedule. Work balance is a term today’s educators understand. You can study online and at your own pace, which may be necessary if you decide to study multiple levels of Six Sigma, such as black belt and master black belt.