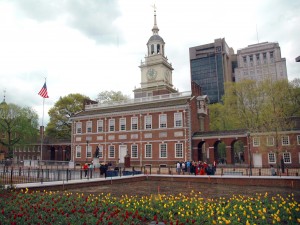 Six Sigma isn’t just for factories anymore. In fact, it hasn’t been for a long time. Since the mid-2000s, Six Sigma has increasingly become the standard for businesses of all types, and government agencies as well. Non-profit healthcare systems also use Six Sigma to help run their operations. The method has been proven time and time again to help keep operating costs down, and that’s why you need your Six Sigma credentials.

Your Six Sigma training isn’t just another certificate on the wall. It’s a ticket to getting a better job by being a more versatile and valuable employee no matter what industry you work in. If you’re a Philadelphia area professional, you should take a look at who’s hiring Six Sigma-certified people:

These are just a handful of the many companies in Metro Philadelphia who are hiring right now. Just go to any online career search site and type “Six Sigma” into the keyword field and then type in the city, and you’ll get a long list of companies with ads for positions that include “Six Sigma preferred” or something similar.

So how do you get trained in Six Sigma in Philadelphia? There are a lot of different programs and you can choose the one that fits your career goals and your background. Having Six Sigma training in Philadelphia also allows for more lateral movement within your current company if it is a workplace that you like. Choosing a program can seem daunting, but there is help available, and you’ll be improving your chances for a better job.

What are the different Six Sigma categories? The Six Sigma system classifies skilled people by “belt” color. It is sort of like karate. You acquire a white Six Sigma belt and you have a basic understanding of what’s going on. A white belt provides you with a general understanding of the overall system of Six Sigma. Other belts focus more on specific specialties and seniority. There are green, yellow and black belts. Black belt has multiple levels.