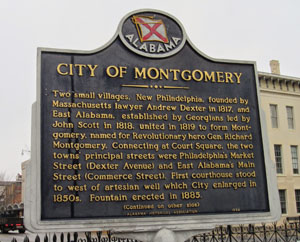 Living in a competitive and economically challenging landscape, there is always the question of how best to further ones career. After all, today we find a situation where for every job out there, there are more takers than openings. Naturally, candidates who actually get selected typically have an edge over others.

This edge usually comes in the form of six sigma training which they have received. So anyone without such six sigma knowledge ends up losing out on such prospects.

At 6Sigma.us we realized this fact early on which is why we started six sigma training courses tailored to the needs of folks living in and around Montgomery. For instance, if we take the local economy, automobile manufacturing is big here, especially with the Hyundai Motor Manufacturing Alabama plant located in the city along with plants of Toyota, Honda and Mercedes-Benz which are located in reasonable proximity in the same state of Alabama.

Now, as you would easily relate, these are high precision industries  there is practically no margin for error whatsoever. Not only that, all these automobile plants invariably cater not only to the US market but others as well, whereby maintenance of quality standards, along with customization and localization as per the markets these vehicles are meant for, becomes quintessential.

In this pursuit, Six Sigma has made a very big difference; we routinely find these automobile companies seeking out Six Sigma for their personnel so that they get more and more precise and error-free in their jobs.

Same aspects extending to other industries as well

These same aspects are extending to other industries as well, which is why Six Sigma is being eagerly sought there as well. To give you an example, there is MaxwellGunter Air Force Base which is in fact the largest employer in Montgomery. Here the focus has particularly been on lean six sigma efforts since the Air Force, like other branches of the defense, wants to maintain a lean style of functioning with minimum bloat  training has made a very big difference in that quest.

Likewise, if we look at other sections of the local economy like the Montgomery government / State of Alabama (given that the city happens to be the state capital), healthcare and insurance industries (both of which are fairly big in Montgomery), and education (given the sheer number of educational institutions in and around Montgomery), they are all eagerly taking to Six Sigma in a big way, knowing very well that they will benefit from it in so many different ways.

At 6Sigma.us we are certainly doing our bit, keeping costs as low as possible for trainees taking up training in Montgomery. Moreover, in a lot of cases, it is the organizations which pay for six sigma training for their personnel, so the personnel themselves do not end up paying from their own pockets for the training which they receive.