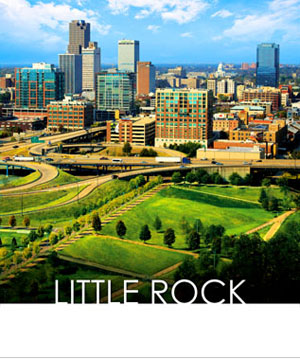 Can you straightaway jump to being a Six Sigma Master Black Belt or Champion in Six Sigma principles when you do not have basic grounding say in terms of basic White or Yellow belt training, or more advanced Green or Black belt training? The answer is no and that is the reason, when it comes to Six Sigma training, at 6Sigma.us, we always stress on the progressive nature of this qualification which is essential to appreciate and plan accordingly. We are stressing on this point here because many aspirants for Little Rock seem to have a notion that they can jump the gun as a result of the corporate / “real life” experience that they have. While we do not doubt the credibility of such assertions, it is also true that Six Sigma principles are a whole new framework for those outside of its realm. For instance, no matter how much of corporate or “life” experience you may have had, you would quite likely not have been accustomed to quality control that the Six Sigma principles lay so much stress on.

That is the reason, in spite of all the theoretical or even practical knowledge or experience that you might have had, we stress that you go about acquiring Six Sigma belts in a progressive manner. So for instance if you are absolutely new to Six Sigma principles you could start with a White or Yellow belt. From there you could move on to getting a Green belt, followed by a Black belt, in turn, followed by a Master Black belt and finally a Champion belt, largely in that order.

Think of it like the rungs of a ladder that you are climbing, as you seek Six Sigma training; just as you do not go to the top of a ladder without going through initial rungs, the same way, without actually making it through initial steps, you would not gain proficiency as you go about trying to obtain Six Sigma success!

Each level, each belt has its own merits

Another important factor to keep in mind is that when it comes to Six Sigma training Little Rock each level, each belt has its own set of merits. So when you are a complete fresher, a newbie, you would go about seeking a White or Yellow belt which would have its own set of nuances. Likewise, once you are slightly more familiar with Six Sigma principles, you would vie for a Green belt that would in turn have its own set of nuances. The same remains true for advanced belts like Black, Master Black or Champion.

Therefore, in the quest to obtain Six Sigma training, it remains quintessential that you appreciate the progressive nature of belts. This is a principle that we at 6Sigma.us have always stressed on from the get go unless you have proficiency at initial levels, you will really not be able to do justice to advanced levels.