Food Processing gets a Big Boost with Six Sigma Training in Amarillo, Texas 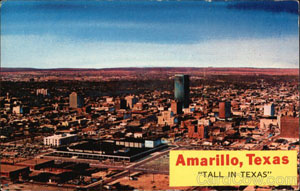 Located at the junction of I-40 and I-27, Amarillo has long been a hub for industry, particularly for the cattle industry. However, it’s grown over time. While the stockyards are still a big part of the city, it now encompasses virtually every industry sector under the sun. As the population approaches 200,000 residents, business owners in town find they need to take steps to be ever more competitive. That’s good news for residents, as it assures better services and better prices, but it’s problematic for business owners stumped by how to achieve that goal. Six Sigma training for Amarillo, Texas workers is the answer.

Amarillo has the distinction of being one of the most important centers for meat processing in the country; latest estimates suggest that about 25 percent of the total beef processed in the country happens in and around Amarillo, with the large presence of Tyson Foods making a big difference in this regard.

Under such circumstances, and given the earnest need for strict quality control when it comes to any food processing facility, it is really little surprise that six sigma training holds so much importance in the city. Today we find so many Amarilloans actively partaking in imbibing six sigma learning, knowing fully well that they will have a lot to gain from doing so.

And mind you, it is not only folks in the meat packing industry that are taking to six sigma training Amarillo in a big way; there are others cutting across various industries active in Amarillo who have the same level of enthusiasm for six sigma as those in the meat packing / food processing one. For instance, both retail and healthcare are quite big in Amarillo with a number of folks employed in these industries as well. Again, like in the case of food processing, here too quality control is absolutely quintessential which is why the enthusiasm for 6sigma training is so high.

In essence, quality control and improvement in processes has become paramount across a variety of industries based in Amarillo. Now, since food processing is so big in the city, it is an industry which gets foremost attention any time six sigma is discussed.

Taking Six Sigma Training with you!

Once you obtain the requisite learning related to six sigma, you can easily take it with you anywhere you go. Learning in six sigma principles, just like any other learning, is something which really cannot be taken away from you. Not only that, once you have obtained it, you are free to use it elsewhere in any form or manner. For instance, you may have taken up six sigma training as a part of the food processing industry. Later on, you relocate to some other part of the country and take up a job in a different industry. Yet, there is a very good chance that the learning you obtained could be used constructively in the new industry you are now a part of.

Likewise, there are other instances where folks may remain a part of the same industry and yet change roles and responsibilities. For instance promotions happen  and of course are eagerly sought after! Along the way the learning that you gained would come really very handy. That is yet another reason for which we always eagerly promote six sigma training Amarillo since we know that all folks who take it up would benefit from it in so many ways, both in the immediate as well as the long term.