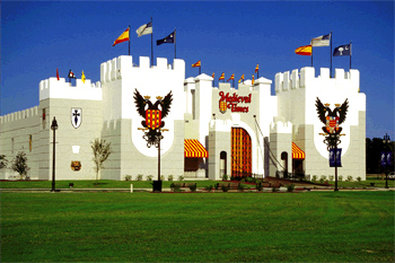 Norwalk, California has a lot going for it, including an economy that was able to come out the other end of the global recession that crippled so many. While not every business survived, the future is looking promising for this town.

That being said, if your business was lucky enough to make it through the recession, you probably understand that this is no time to rest on your laurels. Instead, you should be on the lookout for any and all opportunities to kick your business into high gear this year.

While there are many ways you could do this, one of the best solutions to consider is definitely Six Sigma certification in Norwalk, California. It can teach you and your staff how to keep defects to no more than 3.4 per every one million opportunities. This may sound way too good to be true, but yours wouldn’t be the first company to see these kinds of results with Six Sigma certification in Norwalk.

In fact, the very first company to ever have success with Six Sigma was Motorola, the one that invented it. This isn’t some theoretical approach that just came out. A very real multinational corporation invented it almost 30 years ago.

It was then that Motorola found themselves in trouble. They realized that it was their own business operations that were keeping them from hitting their desired heights. Instead of just accepting these inefficiencies, though, the company got busy finding a solution, eventually creating Six Sigma in 1986.

For nearly a decade, Six Sigma was one of the business world’s best kept secrets. Then, in 1995, this powerful strategy added another big win to its resume. Jack Welch had recently taken charge of General Electric, but found that his company had a problem similar to Motorola. Instead of reinventing the wheel, though, he just applied Six Sigma as they had. The result: GE survived, thrived and became one of the most profitable countries in the entire world. Welch was also named “The Manager of the Century” by Fortune Magazine.

Now that the country is beginning to exit the recession, it’s time for you to focus on how you can improve your business and make the most of this coming year. Six Sigma certification in Norwalk has a proven track record and is easy to obtain.