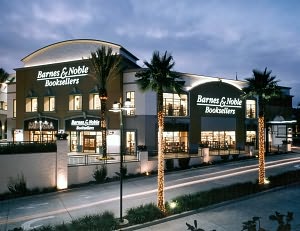 While business has definitely improved in Costa Mesa, CA, many companies are still working on completely shaking off the recession. Of course, a lot of companies didn’t even make it this far. Nonetheless, yours did and you’d probably welcome the opportunity to keep things headed in the right direction. This is where Six Sigma certification in Costa Mesa, California can be extremely helpful.

There are countless systems and even entire companies out there that claim they can help improve the way yours does business. However, few, if any, can boast the same type of reputation that comes with Six Sigma certification in Costa Mesa, CA. The system’s name has become synonymous with efficiency and for good reason.

Unlike most other systems, Six Sigma was actually created by a major corporation that was fending off some pretty intimidating challenges. Back in 1986, Motorola faced some pretty tough odds. To make matters worse, the company realized that most of their problems were coming from inside.

Fortunately, this meant that they were in complete control of addressing these challenges. The main one was that there were too many defects occurring within their production process.

Six Sigma was born out of this problem and helped propel Motorola into the 90s. In 1995, Jack Welch would use Six Sigma for a similar problem that General Electric was having. As with Motorola, this system of business techniques worked like a charm and helped what is now one of the biggest corporations in the world get past a major downturn for it. Later on, Welch would be named “The Manager of the Century” by Fortune Magazine, in part because of his work with Six Sigma.

Today, more companies than ever before using this system to decrease the chances of an Achilles’ heel showing up and causing problems. Just some of these businesses include household names like Delta Airlines, Hewlett Packard, Home Depot, Intel and even NASA. If these organizations can trust their operations to Six Sigma, you most likely can to.

Some of your fellow businesses here have obtained Six Sigma certification in Costa Mesa too. There’s Ingram Micro, Newport Corporation and Oakley, just to name a few.

While every company will use Six Sigma a bit differently, all have an opportunity to reduce defects to 3.4 per every million opportunities or less. This is one of the stated goals of Six Sigma. Many companies have found they could even get below that number.

Don’t miss out on what this famous set of techniques can do for you. Six Sigma certification in Costa Mesa has far too many benefits to list here, which means it also has too many for you to pass up.