Christopher Hanna, PhD, MBB, PMP has over 20 years of experience in process excellence within the life science industry.  He possesses a combination of a proven background in scientific innovation with leading impactful process improvements for numerous operational processes within pharmaceuticals and medical devices.  Prior to consulting Chris co-founded a technology company for the purpose of enabling biopharmaceutical product and process development through highly multiplexed experimental approaches that have streamlined and simplified design space development in companies such as Merck, Roche, Amgen and Vertex.  In addition to these innovation efforts, Chris was Vice-President of Scientific Operations for an ISO 13485-certified manufacturer of biologics and was responsible for product development, production and quality control.  Additionally, Chris has led substantial process improvement efforts for various operations within pharmaceutical regulatory affairs.  Chris received his PhD in analytical chemistry from the University of Massachusetts, Amherst, has published a broad range of articles, books and book chapters, and has been awarded 21 patents on his various process innovations in areas that include multivariate data processing, novel chromatographic techniques, and molecular biology and diagnostics. 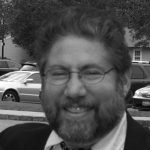 Joe Ficalora, MS, MBB, CQE has over 20 years of experience in Lean Six Sigma and Design for Six Sigma in numerous industries including the Medical Device and Pharmaceutical Industries. He possesses a combination of a proven background in innovation with seven patents and numerous publications. Prior to consulting Joe served as a Design Engineer, Black Belt, Master Black Belt, Engineering Manager within the Aerospace industry. During his tenure he led the development of a team of scientists, engineers and technicians in developing and building a laser manufacturing operation within AlliedSignal Aerospace that supported over $100M in systems sales. In addition to these business and innovation efforts, Joe was Vice President of Technology, and later President of Global Services for an International Lean Six Sigma consulting firm and was responsible for materials and program development, deployments and Voice of the Customer efforts. Additionally, Joe has led substantial process improvement efforts for various companies within multiple industries including several in the pharmaceutical industry. Joe received his MS in Electrical Engineering from the Stevens Institute of Technology, his BS in Physics from Rensselaer Polytechnic Institute and has published a broad range of articles, books and book chapters.